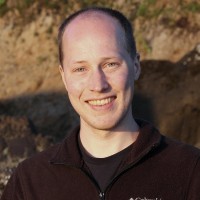 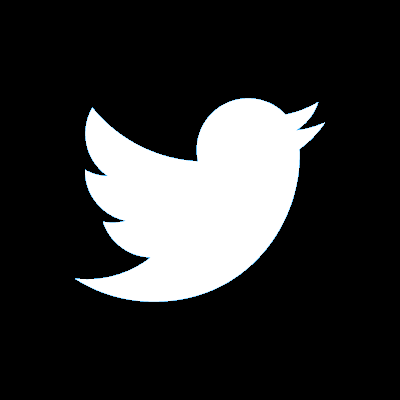 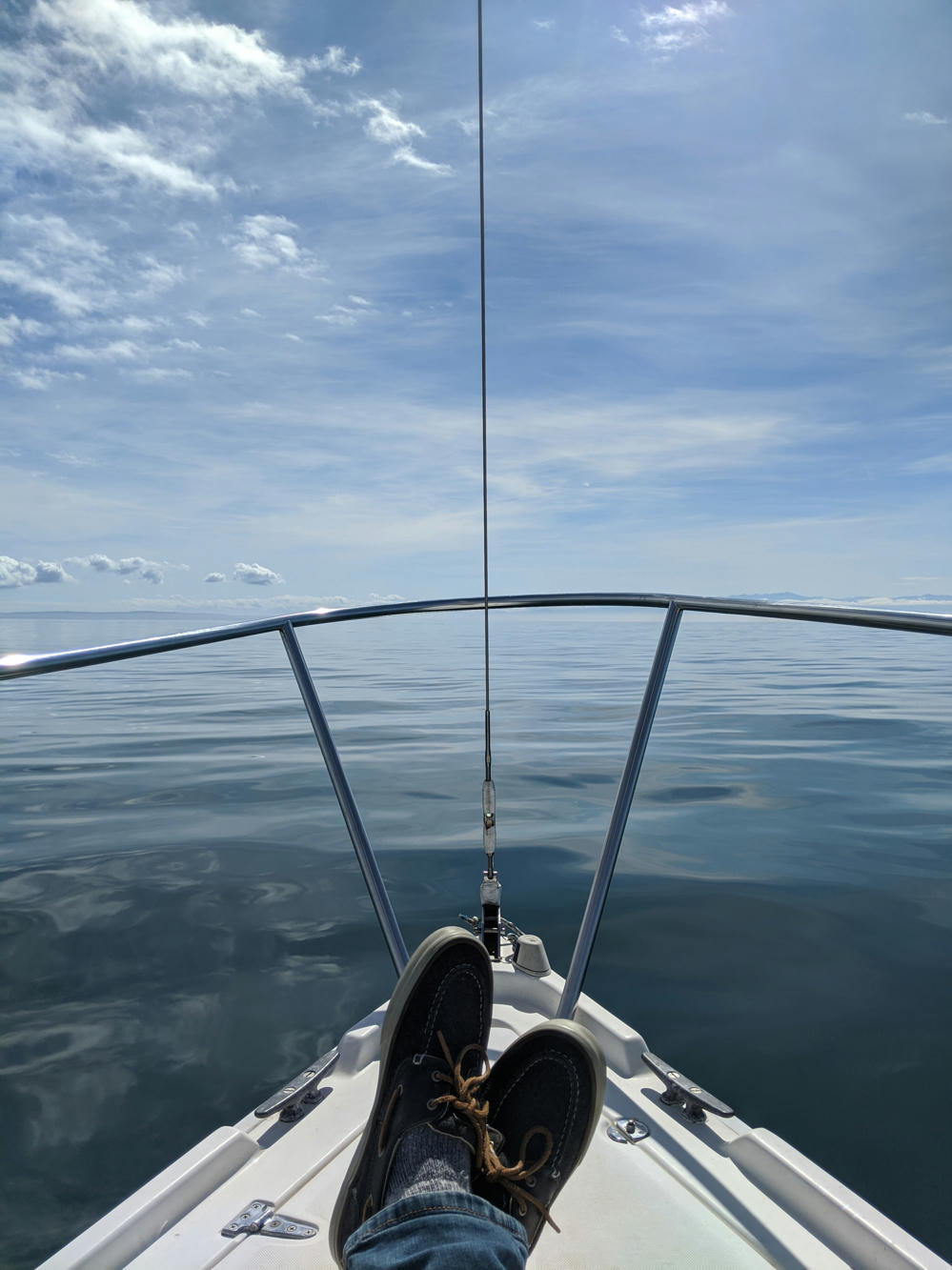 Incredibly calm in the Strait of Juan de Fuca 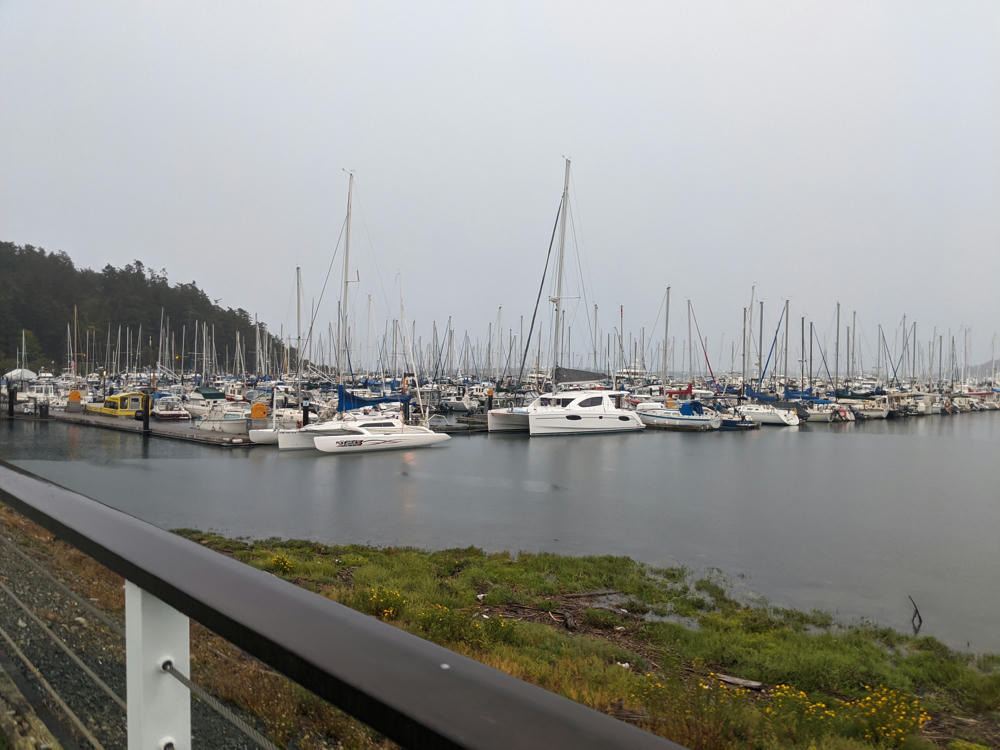 No one could look at the motor for at least a week, but one of the mechanics we spoke with suggested adjusting the gear linkage. The motor was going in and out of gear fine that morning, but we gave it a small adjustment anyway and started back towards Seattle around 11:00. We decided it would be best to see if someone could look at the motor before we headed back towards Seattle. It was Sunday and all the shops were closed, but we decided to head to Anacortes so we could call first thing in the morning. The motor went right into gear and we didn't risk touching it again until we were pulling into our slip. 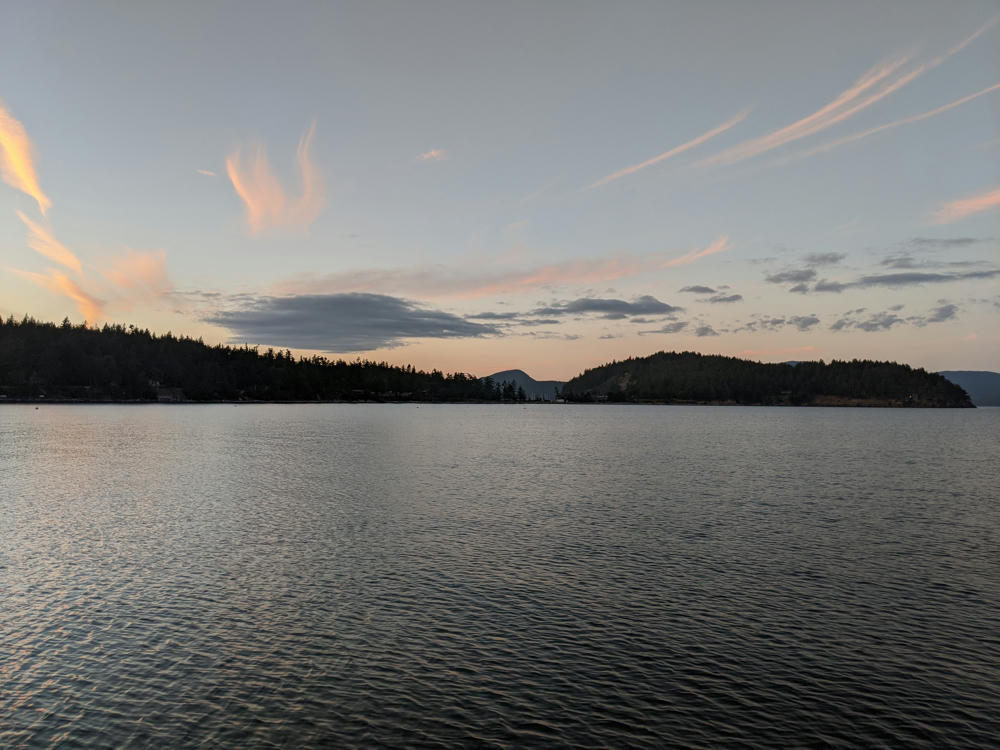 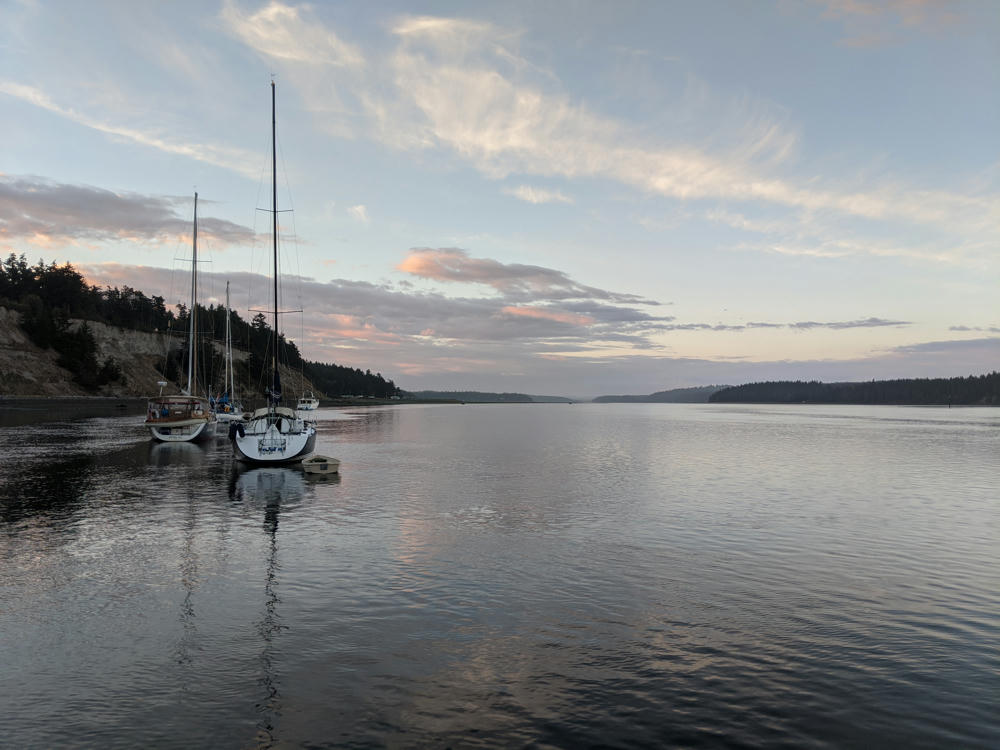 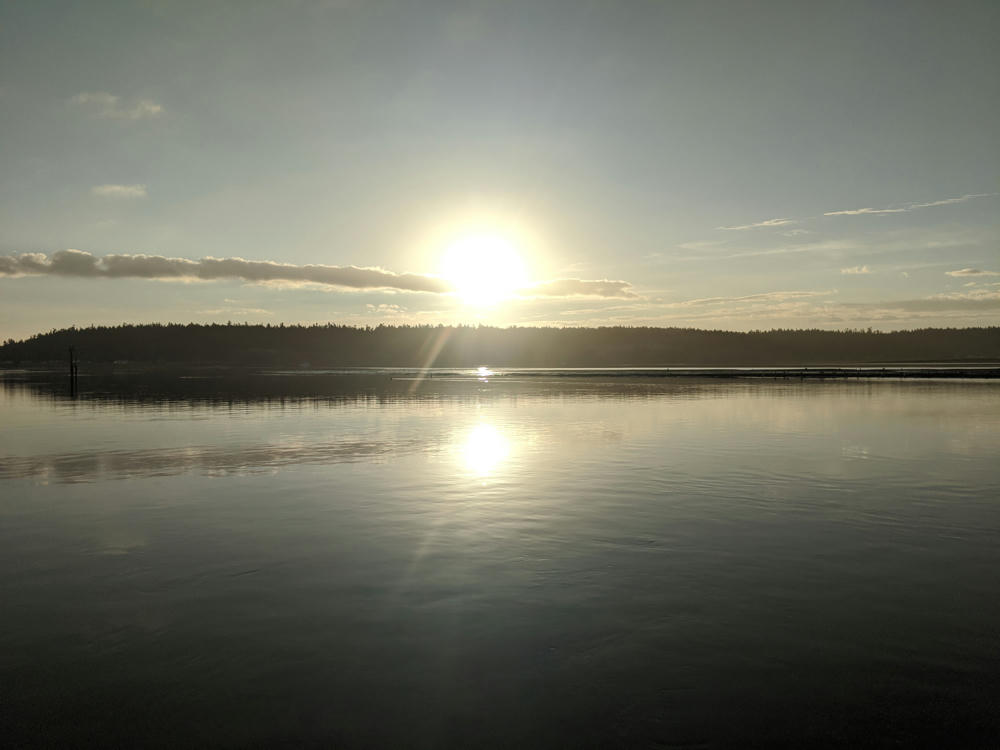 06:30 Time to get underway. There was just enough wind to provide steerageway. We sailed off the mooring to work our way back to Port Townsend Bay. To be honest, the current was moving us more than the wind. We decided to moor at Ft. Flagler State Park Friday night and head across the Strait first thing in the morning. Apparently, while we were... negotiating... with crabbers to tie up to the dock, this boat just drove straight into the beach. I have no idea what happened. We saw the lights from a tow boat coming to fetch it a few hours later. The saga of my and Daniel's trip to the San Juan Islands had a foggy start. As the wind began to blow the fog off, it was fascinating to watch it deflect around the hills.