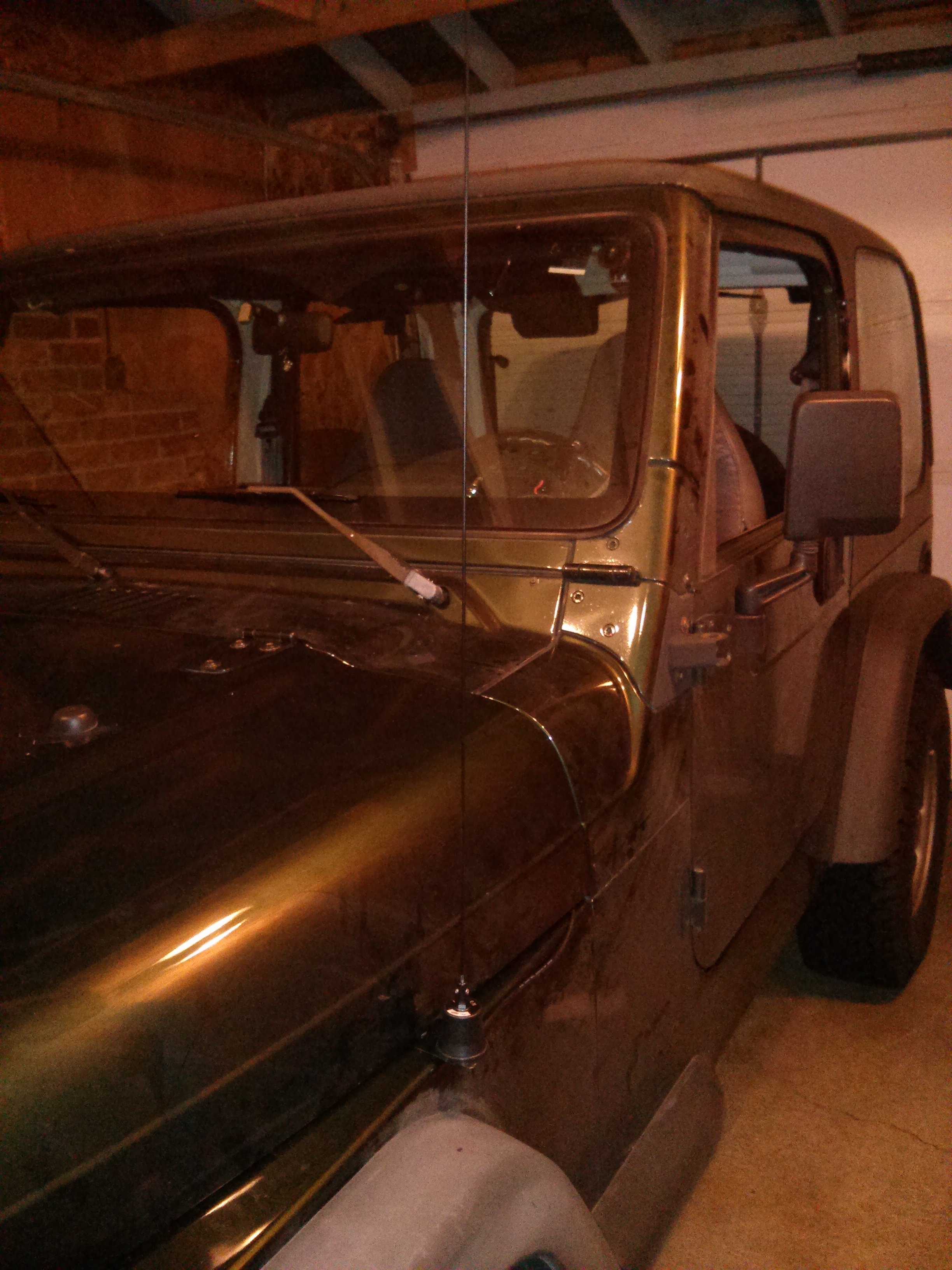 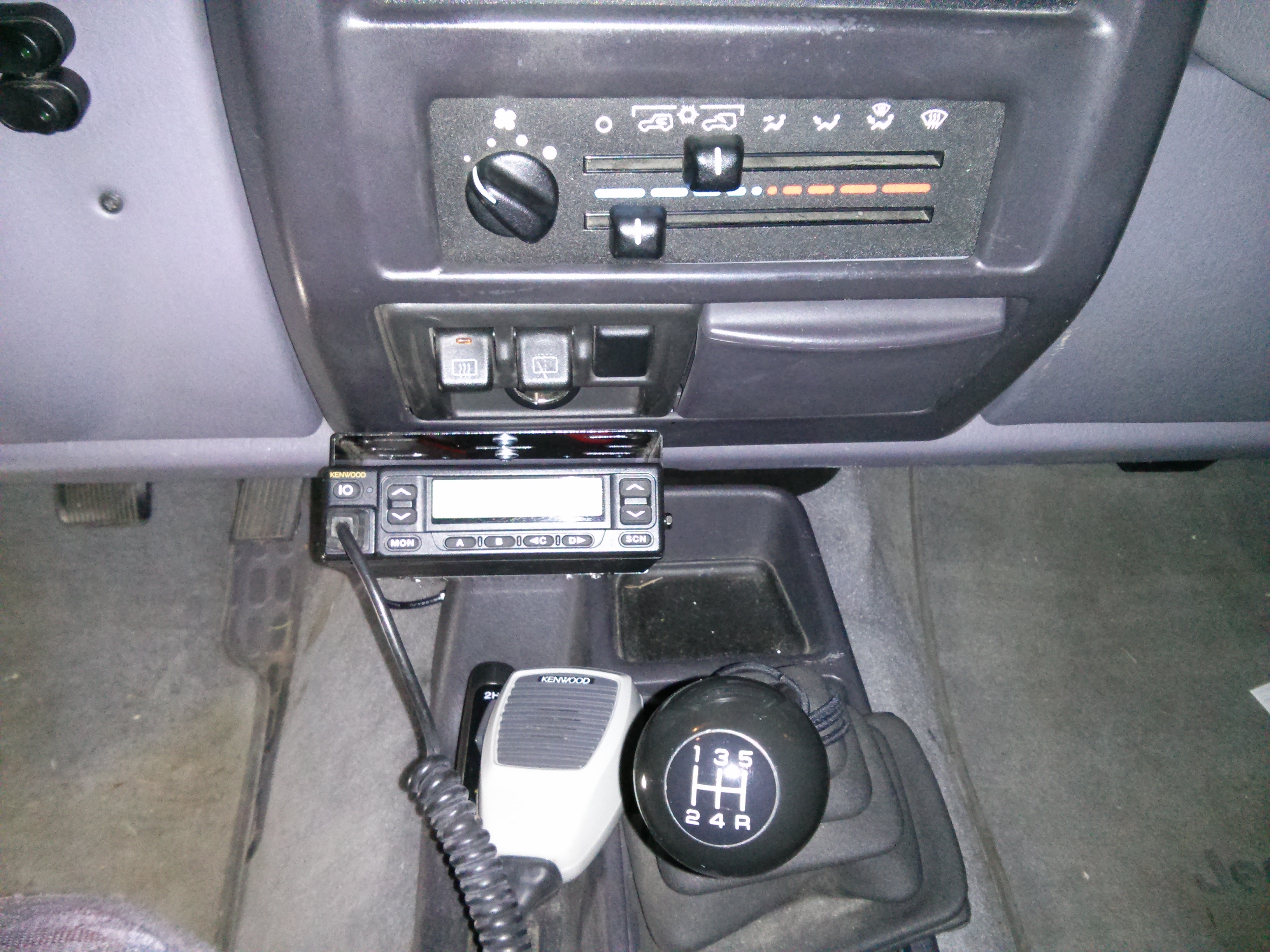 I recently got a Kenwood TK-780 mobile radio for the Jeep for Search and Rescue. I did a poor job wiring my first HAM radio up and had a lot of trouble with engine noise, so I decided to rip everything out and start from scratch.

The mag mount 2m antenna had been waring a ring into my fender, so I bought two NMO brackets and screwed them into the fender. I was able to get the antennas about 1/4 wavelength away from the windshield while still keeping the screws underneath the lip of the hood. 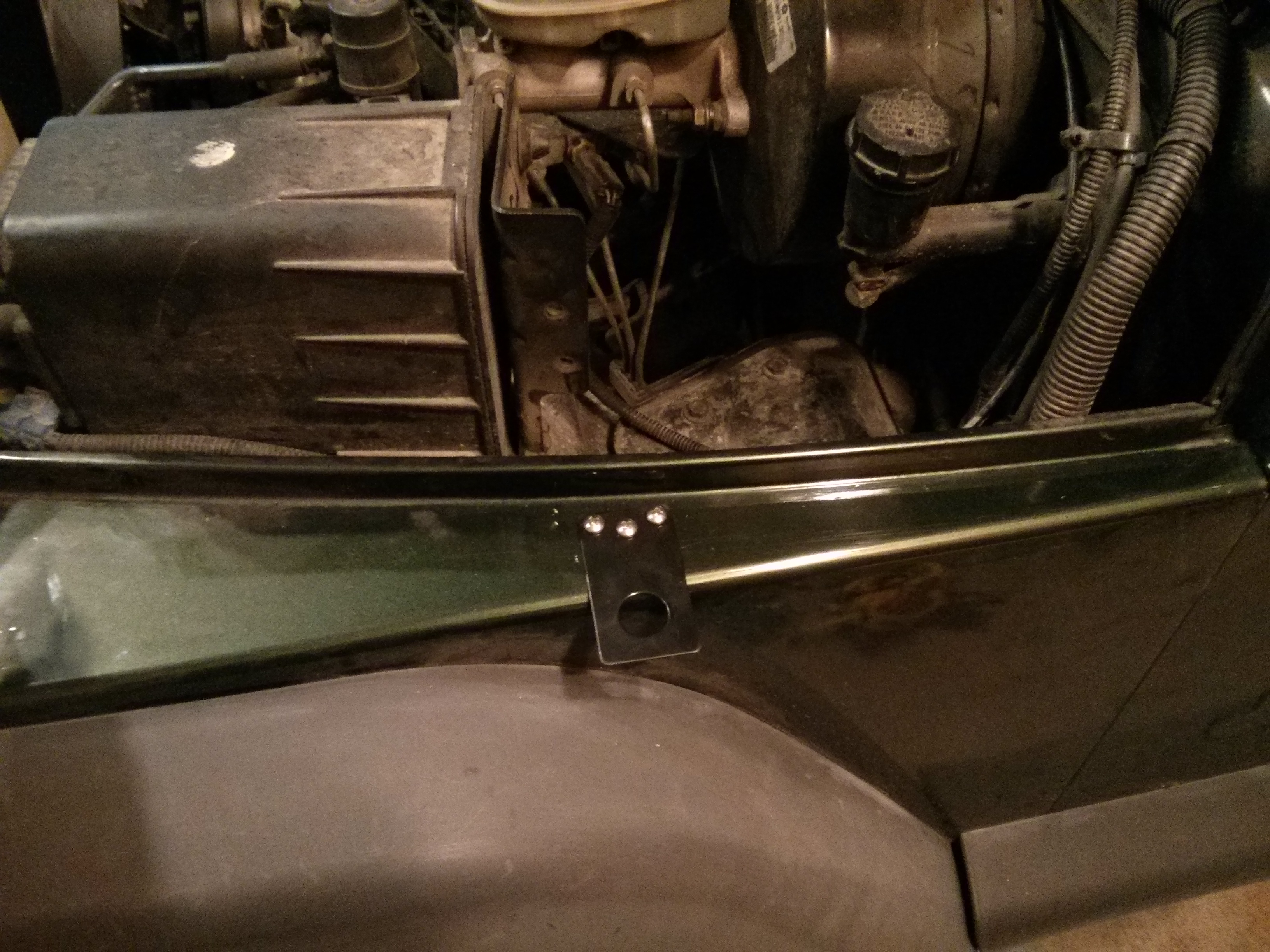 Jeep provided unused unswitched and switched aux circuits off the fuse box. Previously I used those to power my radio and switch a relay to turn it off with the ignition. This time, in hope of reducing the engine noise, I ran a 10 gauge power (with an inline fuse next to the batter) and ground line from the battery to that relay and moved it onto the firewall on the drivers side. I plan to add a small fuse box for auxiliary power and a terminal strip for radio grounds, but for now the hot lines are just crimped together (with inline fuses to the radios) and the grounds are screwed to the frame. 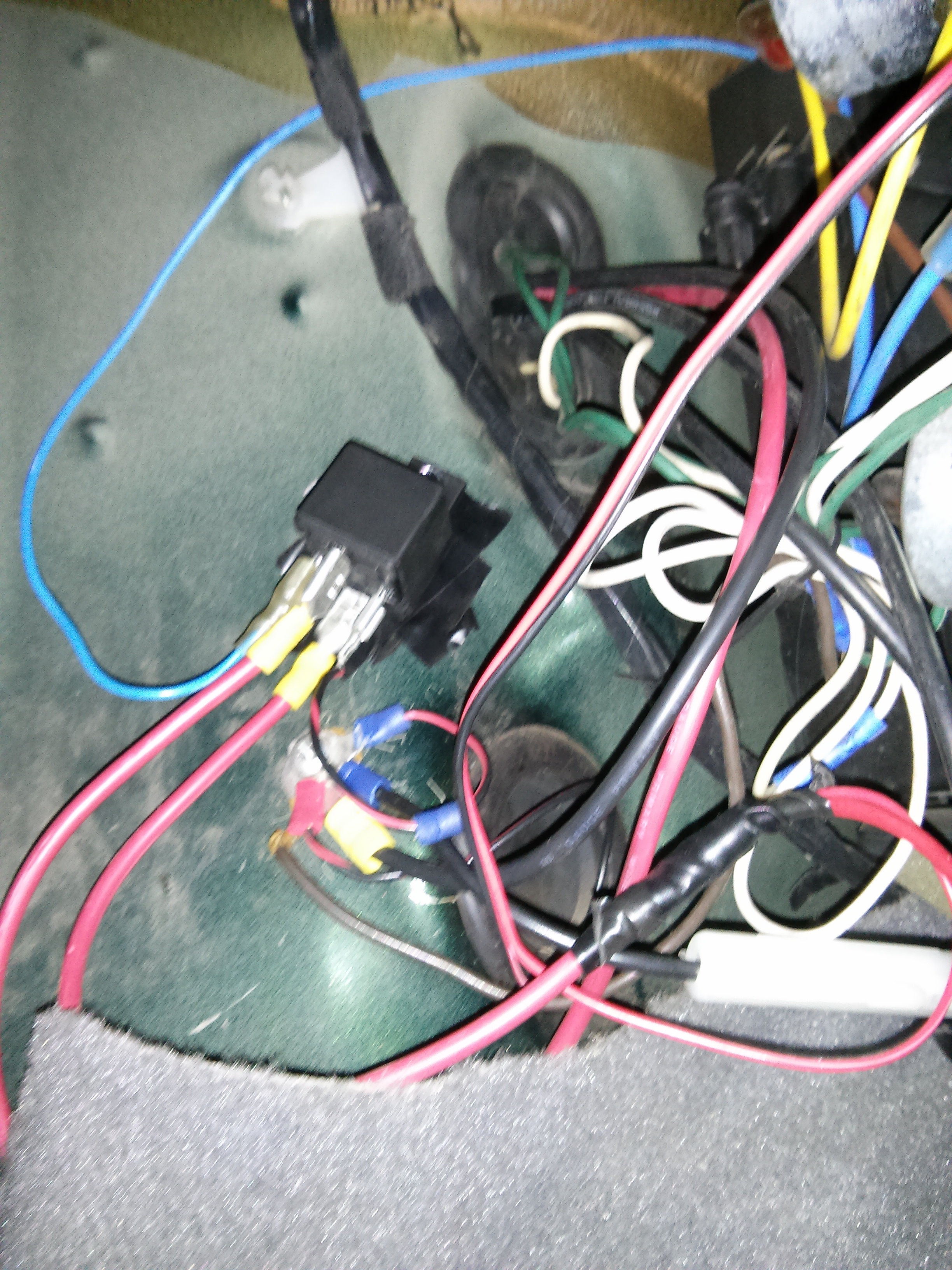 My 2m radio is an HTX-252, which is small enough to sit on my dash. I had been avoiding putting holes in the jeep, but since I had started on the outside I decided to continue inside. I opted to mount the radio to the dash in front of the gear shift. I took out the center bezel and drilled two holes. I used machine screws to attach the radio bracket and reinstalled the bezel. 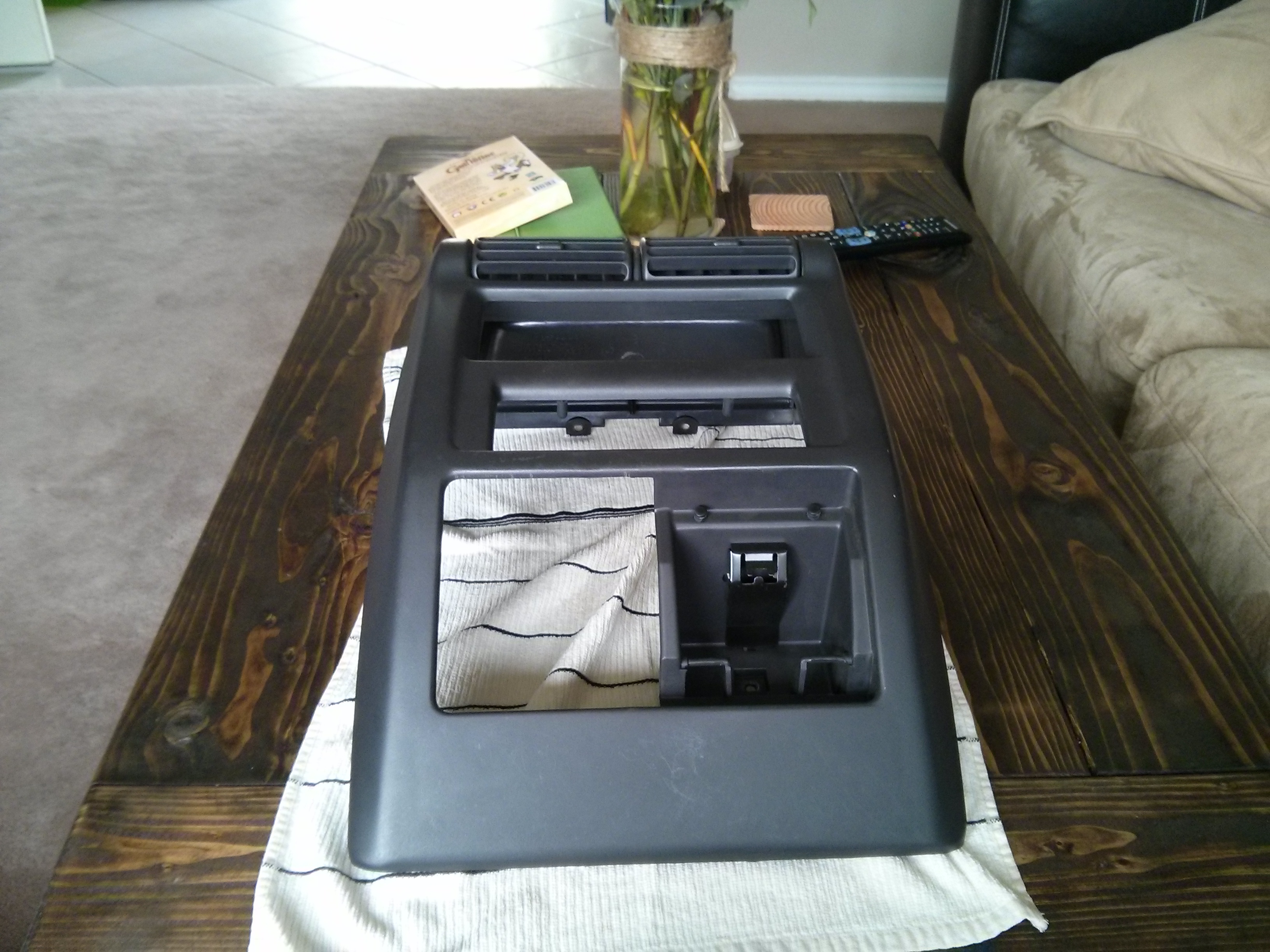